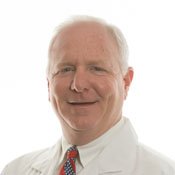 Dentist Biography: Dr. Ron Owen Biography Dentistry might be in Dr. Ron Owen's blood. His father was a dentist so Ron was always familiar with the profession, but he didn't always picture himself as a dentist. It seems fate pictured it all along for Ron; he just had to go through a few things before catching on. Ron has always been good with his hands. Like many mechanically-minded boys, he loved to work on things and "tinker" just for fun. He could get lost in a project, which he created for himself, and simply figure out the way something works. As Ron matured that love for tinkering grew to a much larger scale; Ron fell in love with airplanes. He wanted nothing more than to be a pilot. That was plan A. Plan A was followed by plan B, a plan C and a plan D. Ron had options.

Plan A would have been exhilarating but Ron soon learned that he needed glasses. Pilots don't wear glasses. With plan A suddenly shoved off the table, Ron decided to become an air traffic controller. One point changes everything This would be easy, Ron thought. All he needed to get his air traffic control license was a 94 on the exam.Without delay, or much preparation, Ron took the exam!I think I did it,he told himself. Maybe air traffic controlling was not really in the cards for Ron either. When he received the results, his eyes couldn't believe what they saw. On the paper in front of him was the grade 93. One point changes everything. One point was all it took to snatch plan B from Ron's grasp and send him towards another plan.I probably should have studied, he thought as he set that dream aside and made plans to become a dentist. Sometimes plans serve us best by closing doors and directing us to an opportunity that we didn't plan for. Dentistry suits Ron. Maybe it should have been his plan all along but he needed to get other ideas out of his system first. Life is funny like that.

When It is Right It all Falls into Place: Becoming a Dentist

After studying and becoming a dentist Ron pictured one day opening his own independent practice. He didn't know what it would look like, he just felt that it needed to happen. He wanted to have an environment that matched his passions for forward thinking, excellent care, perpetual improvement, and modern education. The combination of these qualities could give his patients relevant dental care and the best possible treatment. This wasn't just Ron's aspiration it was, and always has been, his chief concern. It all happened. Today, Dental Care of Mid Florida'steam is THE most highly trained dental team in the county, if not the state. Their commitment to continued education is what sets them apart as a renowned, dedicated team.Every two years the staff and the doctors all do a minimum of 32 hours of continued education. Every time the doctors go to classes, they bring the staff with them, which is fairly unusual. Just do the right things and hard work consistently pays off. The key is hard work. Consistently Ron has worked hard at what was in front of him so that each step he takes builds momentum. That doesn't mean moments of risk never arise. They do. But if Ron knows anything it is how to push through, do his absolute best, and trust what he knows. A perfect example of this happened in 2005 when Ron found himself, and the practice, at a crossroad. He knew it was time to expand the practice from Avon Park to Sebring. It was a risk --a scary one with all the uncertainties that accompanied the expansion--but, to this day Ron believes: Taking that risk was the best thing that ever happened to this practice Going out on a limb usually pays off. It pays off because Ron remains true to his priorities -putting his patients first. Being on the front line of dental technology brings his practice more opportunity than they sometimes know what to do with, but it is a thrilling and rewarding ride.

When Ron is asked what he is most proud of about his practice he gives an unconventional response. I'm most proud that I have continued to learn new things each and every year His life is never idle. Ron never misses out on opportunities because he is always looking for them. This keeps the practice in perpetual movement so that he has increasingly more to learn and get better at. His quest for learning leads him to pursuits in business, hobbies and home alike. Few know that Ron built two antique airplanes (astearman trainerand ataylorcraft); he has his real estate license; and he stays up to date with the newest dental technology. Idleness is not in his vocabulary because Ron believes this mantra: Not learning would be like giving up. Giving up is not an option. On top of learning new skills and methods, Ron learns more about life's value the more he accomplishes.Younger Ron found money and a particular lifestyle motivating. Now, Ron's motivation is entirely different. He is motivated when his team is thriving. Nothing is as rewarding, in business, as seeing that hisstaff are having fulfilling careers and learning all that they can.

This Industry Keeps You on Your Toes

Dentistry had to be in Ron's destiny because it could not suit him better. His drive for new knowledge matches the dentist's world incomparably. When asked what a typical day is like at Dental Care of Mid Florida, Ron says there really is no such thing as an average day Every day has new challenges and new opportunities. Each patient brings in a unique story. While some of the treatments are repeated (i.e.crowns, thefillings, thecleanings, etc..) no two days, or two challenges, are identical. That's exactly what keeps Ron giving it his all each day. Spend ten minutes with this man and you will get far more than you expected. His heart exudes kindness and his expertise is award-worthy. Don't take our word for it though. Visit our Facebook page to get a behind-the-scenes view of Dental Care of Mid Florida and Dr. Ron Owen in action.